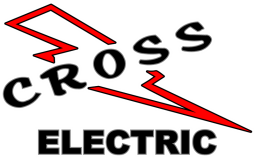 Millions of homes were built with Federal Pacific Electric (FPE) Stab-Lok panels between 1950 and 1990. If your home was constructed during this time frame, then it may contain one of these panels.

Your panel protects your home from problems caused by short circuits, circuit overloads, and external power surges. A breaker will “trip” to cut off power when it detects an issue with the circuit. If the panel fails, the electrical wires can get so hot that they start a fire.

An investigation by the Consumer Product Safety Commission (CPSC) found that 51% of the tested breakers in FPE Stab-Lok panels failed to trip. Independent companies later found that FPE Stab-Lok panel failures cause as many as 2,800 fires, 13 deaths, and $40 million in property damage annually. Despite this information and the number of electricians and home inspectors who warn against this equipment, FPE Stab-Lok panels were never officially recalled.

Cross Electric LLC cares about your safety and wants you to be aware of potential hazards in your home, especially if you have a FPE Stab-Lok panel. If you have a Federal Pacific Electric panel, call us to learn about our $75 safety check and replacement options.

Cross Electric was called after a homeowner’s panel caught on fire. Our licensed technicians replaced the electrical panel and had power restored within 24 hours. Don't let this happen to you, call us today!